Why More Homeowners are Refinancing to Shorten Their Terms 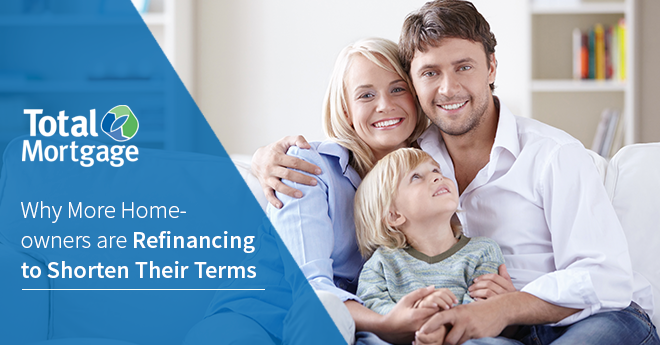 Most people refinance for one of three reasons:

Recently, however, equity has built up in millions of homeowners’ properties thanks to three years of rising home values. This has lead to an incread many owners are also using equity to pay off their mortgages early.

The number of owners who refinanced again after refinancing under two years ago jumped by 800 percent from Q1 2014 to Q1 2015. These “serial refinancings” dropped by nearly 65 percent when rates rose toward the end of last year, yet they still accounted for two-thirds of rate/term refinances in Q4 2015.

Although interest rates have been on a roller coaster over the last year,  rate and term refinances from borrowers who’ve held their mortgage for less than six years have remained steady. Term reductions remain popular among borrowers taking advantage of low rates. Not surprisingly, they are more popular among aged loans, as borrowers do not want to restart the clock on their mortgage, the report said. Black Knight found that some 37 percent of rate/term refinances in Q4 2015 included a term reduction.

“These two trends are linked, as term reductions are more popular among loans of a greater age, as those borrowers are understandably more hesitant to restart the clock on their mortgages,” the study found.

The data showed that serial refinance extracted $68 billion in equity via cash-out refinance transactions in 2015—the most since 2009 and a 53 percent increase over 2014. Cash-out refinance borrowers continue to represent a relatively low risk profile for lenders; the average post-cash-out LTV is 67 percent, with an average credit score of just under 750.

However, serial refinancers may end up losers in the long run. If they reduce the term of their loan too much, they may end up end up not saving enough on lower interest rates over the course of the loan to pay for the cost of refinacing.

Greg McBride, senior financial analyst for Bankrate.com, says a general rule of thumb is that it is worth it to refinance if the homeowner can make back their investment within three years or less. “If your time horizon is not long enough, you are not going to be able to recoup the cost of refinancing,” he says.