Re-amortizing: Is It a Good Choice for You?

If you’ve tried to refinance and, due to current restrictions have found you can’t, you aren’t alone. In recent years, the number of people denied for refinances has accelerated, leaving many homeowners frustrated.

However, many mortgage holders don’t realize that refinancing isn’t the only option. When someone chooses to refinance, it’s usually to accomplish one or more of the following objectives:

When the request is denied outright, consumers usually either adopt a wait-and-see approach or they try another lender. But when request after request is stamped “Denied,” what’s a homeowner to do? 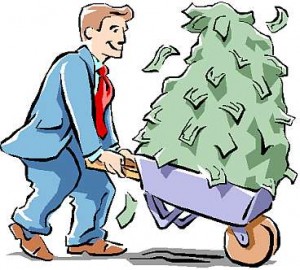 Some denied applicants have recently been offered a new option that might help them reach their goals. Re-amortization, also called “loan recasting,” is the process of allowing a homeowner to submit a large payment on a loan in exchange for shortening the term of the loan and potentially lowering the payment.

But re-amortization isn’t the best option for everyone. In fact, lenders will often never even mention it to most homeowners, since it doesn’t apply to so many borrowers. For those who meet the criteria, however, it can provide a welcome solution.

Many banks have a minimum payment that must be applied before the re-amortization process can begin. This payment is usually in the thousands of dollars, with an additional fee to initiate paperwork. That fee can range in the low hundreds or higher.

Due to the up-front cost, consumers interested in refinancing for the cost savings are almost always eliminated right away. If someone has thousands of extra dollars to invest, they likely would be better off putting it toward paying off other debts.

If the reason a person is refinancing is associated with shortening the life of the loan, there is another option. Simply making regular payments on the principle can dramatically shorten the life of a loan. Best of all, by taking this approach, borrowers lower the amount of the principle just as they would with re-amortization without paying any extra fees.

While a consumer’s local bank likely won’t advertise re-amortization as a service, interested borrowers should ask about it. Some financial institutions have restrictions that govern loan recasts. If a borrower has credit issues or is underwater, re-amortization may be a way to help reduce the principle and lower monthly payments.

Since a fee is associated with recasting a loan, many lenders recommend only one instance over the course of a loan. If a homeowner believes extra funds will continue to accumulate over the next few years, it might be wise to wait until a large lump sum is available before initiating re-amortization proceedings.

While re-amortization won’t be the best choice for many homeowners, those who have a sizeable amount of money to put toward the principle may be able to lower monthly payments this way. It’s important to note that the interest rate will stay the same, but it’s a great way to reduce a major monthly bill when refinancing isn’t an option.