Top Halloween Costumes of 2016 According to Google Trends 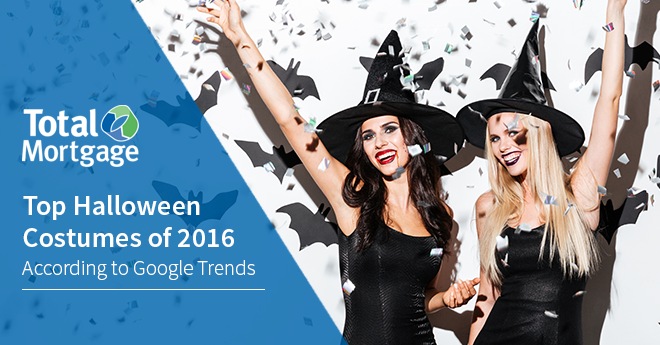 Halloween may have started as an ancient Celtic festival to ward off wandering spirits, but there’s no denying that today it’s about two things: costumes and candy. While the candy generally stays the same, every year there are a handful of new costumes that rise to the forefront of the public’s consciousness. So if you’re looking for a last minute idea or are just costume curious, here are the top costumes of 2016 according to Google Trends.

Here are the most popular costumes for trick or treaters heading out on a solo mission.

She’s female and she’s alliterative—that’s a killer combination in my book. It’s possible that she’s in the top five because of the upcoming 2017 film, but it’s hard to say for sure.

For the past 5 years Wonder Woman has done fairly well for herself around Halloween.

Lots of trick or treaters are looking to score some booty this Halloween, which makes this classic costume a no-brainer. It’s simple, effective, and you can respond to anything someone says to you with “Argg!” 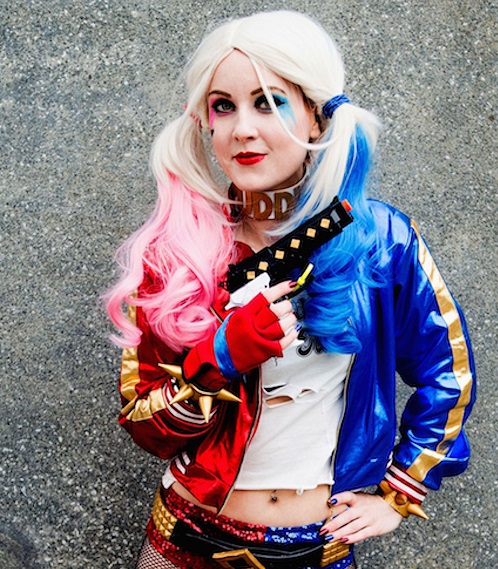 The generic superhero costume has long been a Halloween staple, and I imagine it will continue to do so for years to come. All you need is a cape and some spandex, and you’re good to go.

The Suicide Squad may have been panned by critics, but it’s crushing the costume game this Halloween. The Joker takes the number two spot, with his creepy pale complexion and long purple overcoat.

Harley Quinn wins the top spot this Halloween. She’s the anti-hero and girlfriend to the Joker in the Suicide Squad. Aside from the outfit (which can be purchased at most retail costume stores), getting the blonde pigtails down is key.

If you have a special someone or a partner in crime, these costume ideas are for you.

From bright neon colors to crazy spandex leggings, the ‘80s was kind of a freak show, making it the perfect throwback decade for Halloween.

’80s couple costumes have seen a surge in popularity the last few years.

Vampires are vintage Halloween. With their Gothic Victorian looks, they’re the perfect combination of spooky and stylish. 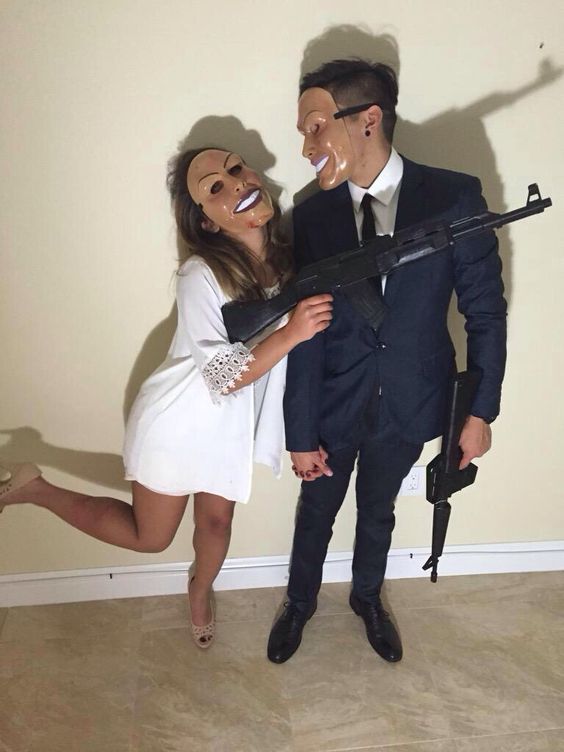 For couples who are looking to tear it up on the dance floor, Sandy and Danny might be your best bet. All you need are some sleek black outfits and lots of hair gel.

These iconic American criminals are a perennial Halloween costume couple. Fortunately for you, this bank robbing duo had style.

Apparently, if you make a bad movie, there’s a good chance the characters will be a hit on Halloween. That was the case with Suicide Squad and now with The Purge: Election Year, which has claimed the #1 spot for couples.