How Are Interest Rates Determined and How Do They Work? 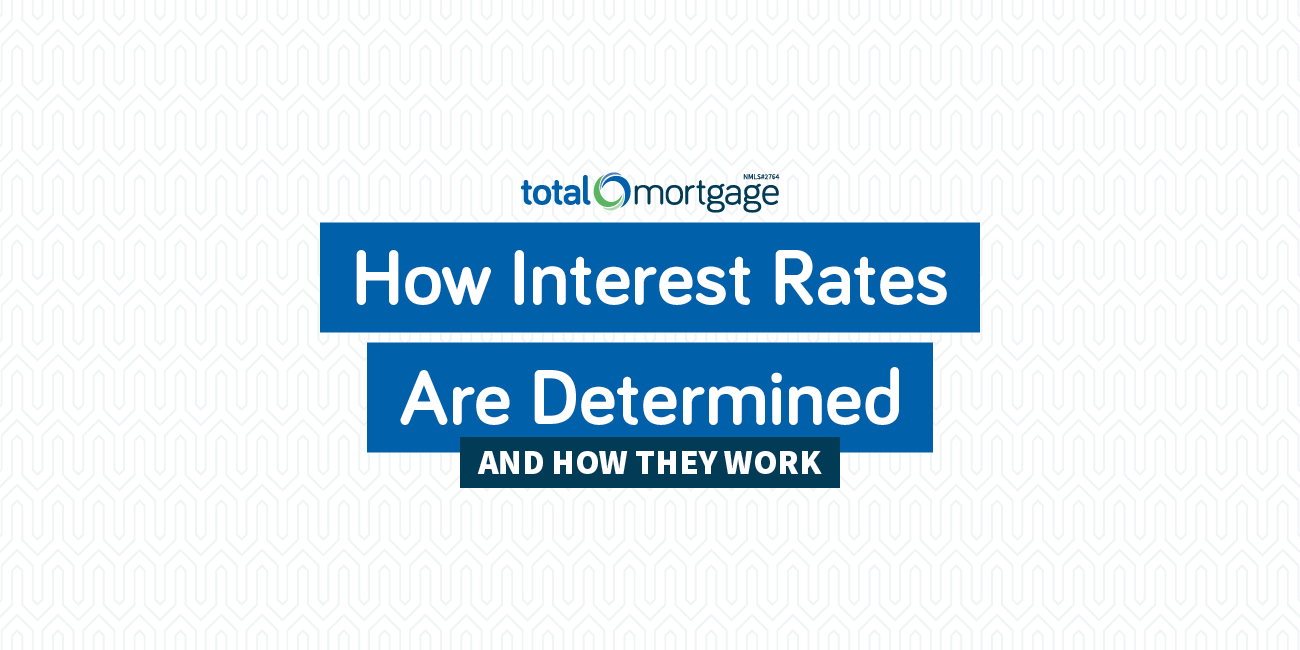 The central bank sets the discount rate, which is the short-term interest rate at which banks can borrow money from the Federal Reserve. When the Fed raises rates, the cost to borrow money increases.

For example, the Federal Reserve adjusted its monetary policy and set interest rates near 0% in response to the pandemic in March 2020. These were the rates at which banks could borrow money to lend to consumers. Mortgage rates aren’t directly tied to the Fed’s rates, but the prime rate for mortgages will typically follow.

The bond market affects mortgage rates because they attract the same type of investors — those looking for a fixed and stable return with less risk. Mortgage rates are usually lower than certain types of revolving credit but are higher than the prime rate.

Mortgage interest rates are affected by factors both within and beyond your control. Lenders will quote you an interest rate depending on your level of risk.

Lenders evaluate your level of risk by measuring your credit history, ability to repay, capital, the loan’s conditions, and collateral.

Here’s a list of the most common factors that may have an impact on your interest rate:

Other factors, such as inflation and the overall economy, also cause rates to move up and down.

Interested in exploring your mortgage options further? We have branches across the US. Find a Total Mortgage expert near you.

How Are Different Interest Rates Determined?

The amount of interest charged depends largely in part on whether the loan is long-term or short-term, which is controlled by the federal government. Retail banks also have some control over the interest rates that they pay for deposits and charge for loans.

Retail banks can offer interest rates based on the overall market, the needs of the bank, and the consumer. Lower rates may be given to consumers who pose a lower risk and have a higher credit rating. Banks can also change the interest rate if a payment is missed or for certain services.

Get a Free Rate Quote with Total Mortgage

Overall market conditions and your personal situation are what determine interest rates. While you can’t change the market, there are steps you can take to improve your creditworthiness and increase your savings to get a better mortgage interest rate.

If you’re ready to apply for a purchase or refinance, you can get a free rate quote or easily apply online with Total Mortgage.