What Housing Market Stability Means for You 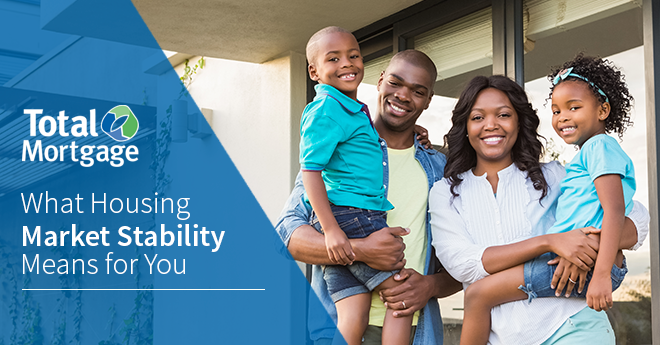 After three years of rising prices and increasing sales, will the nation’s housing markets quiet down and return to something resembling normalcy in 2016?

“This slowdown is not an indication of a problem—it’s just a return to normalcy,” says Smoke. “We’ve lived through 15 years of truly abnormal trends, and after working off the devastating effects of the housing bust, we’re finally seeing signs of more normal conditions.”

It’s been so long since we had a “normal” housing economy that it’s not going to feel like normal. In many ways, the dynamics of buying and selling houses have changed a great deal. These include tough new regulations making the “pulse” loans of the housing bubble either illegal or unfeasible. (A “pulse loan” meaning that if you had a pulse you got a loan).

These changes also make qualifying for a loan more difficult, especially if you are self-employed, retired, have a lot a debt compared to your income, work only part-time or have a marginal credit history.

What’s in our future?

In some ways, housing markets probably won’t return to normal this year. The first reason is chronic shortages of houses for sale, especially in mid and lower tier price ranges. The conversion of more than 5 million largely entry-level homes from ownership to rental after they became foreclosures has contributed to the shortage.

Low levels of equity have greatly improved, but they are still keeping 8.9 million homeowners frozen in place—in mostly mid to lower-tier homes—because they don’t have enough equity to move.[1] As 2015 ended, early signs suggested that seller interest in the 2016 market will be weak and supply shortages will continue. The gap in demand and supply has led to strong price growth against modest gains in income, making a home purchase increasingly less affordable.[2]

Which markets are doing best?

“All real estate is local” has never been more relevant. The housing recovery has been uneven, impacting some markets much more than others and leaving us with markets that vary greatly in terms of price appreciation—more than they did in “normal” times. The hottest markets, largely in the West and Pacific Coast, are seeing prices rise at double digit rates, while 47 markets—largely in Texas where low oil prices are starting to bite—are overvalued according to CoreLogic. [3]

In every market, there are winners and losers. Here’s what you can expect “normalcy” to mean to you.

Prices will continue to rise, but at a more moderate pace in most markets, below the 5 percent appreciation rate traditionally considered good. For homeowners, that means their equity will increase at a slower pace than it has in recent years, delaying for some the day when they have enough equity to sell or refinance. For buyers, prices will go up more slowly or stay flat, particularly in slower markets and mid to upper price tiers. First-time buyers are still going to face rising prices for entry level homes.

Move up buyers will face better conditions than they have in years. They will do well by selling their entry-level home as prices for that tier continue to rise and they’ll be able to buy a larger home on better terms than last year as prices soften. Families that need to sell and buy within a short window will find 2016 a better time to do is than 2015.

First-time buyers will get no relief from rising rents and early signs for entry-level inventories are not good. However, in softer markets price will not appreciate as quickly as they did in 2015 and it will be easier to qualify for a loan, particularly FHA, which continues to have the friendliest qualification standards for first-time buyers.

Real estate investors will do well with the dual revenue stream of rising rent and rising property appreciation. It will be a slightly better year to buy and flip new investment properties or buy and hold to rent them out since the average discount between the cost of a foreclosure and a non-distressed property is increasing slightly. The average distressed home sold for 32 percent less than a home that was not in foreclosure at the end of 2015 compared to a 27 percent discount in the first quarter.[4]