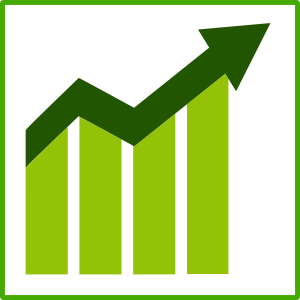 The mortgage and housing industry has struggled to recover since the subprime meltdown six years ago. In the aftermath of the crisis, foreclosure rates hit an all-time high in many major cities across the nation; home sales came to a standstill in other markets; and banks saw an increase in their number of short sales and mortgage modifications.

The years following the crisis were tough for mortgage lenders and realtors, but 2013 proved to be an amazing year for both industries. With regard to home sales and prices, several U.S markets reported their highest fourth quarter in six or seven years.

For example, the median sale price for homes in Miami in the fourth quarter of 2013 was $240,000, a 14.3 percent increase from fourth quarter 2012, according to GOBankingRates.com. Also, the website reports that home sales in Las Vegas between December 2012 and December 2013 were up an impressive 32 percent.

Different factors played a role in the comeback, such as increasing home values. In addition, mortgage rates hit a new all-time low during 2013, with 30-year fixed mortgage rates averaging under 4 percent for the greater portion of the year. For many, a low rate was their opportunity to buy or refinance; but as we move forward in 2014, the threat of rising rates might slow down the recovery.

The Mortgage Banker’s Association predicts that mortgage rates will increase to 5 percent by the end of 2014, and increase to 5.3 percent or 5.5 percent throughout 2015. This isn’t the best news if you’re planning to purchase or refinance within the next two years. As rates increase, it’ll cost more to buy a home; and in some cases, a higher rate can decrease purchasing power. This may also reduce the number of home purchases and refinances.

Although you can’t control whether rates increase or decrease, there are still plenty of ways to snag a cheap rate.

The average rate for a 30-year fixed mortgage is 4.54 percent (as of April 2), reports Bankrate.com. Since rates will steadily increase over the next couple of months, now’s the time to apply for a home loan if you’re looking to buy or refinance. The longer you wait, the more you’ll pay for your loan.

2. Bring a Larger Down Payment

Depending on your mortgage program, you’ll need a 3.5 percent or a 5 percent down payment when buying. However, a higher down payment — perhaps 10 percent or 20 percent — can help you negotiate a lower interest rate.

Although you don’t need perfect credit to get a mortgage loan, you’ll pay a higher rate if your credit isn’t in good shape. For the best rate, aim for a score in the upper 700s or 800s. Pay your bills on time, pay off debt and limit your number of credit inquiries.

Whether you’re looking to buy or refinance, rising mortgage rates can interrupt your plans or increase buying costs. However, if you act sooner rather than later and make other adjustments, you can qualify for the best rates and keep your mortgage affordable.

Total Mortgage has some of the lowest mortgage rates in the country. Apply today and find out how much you could be saving on time and money.