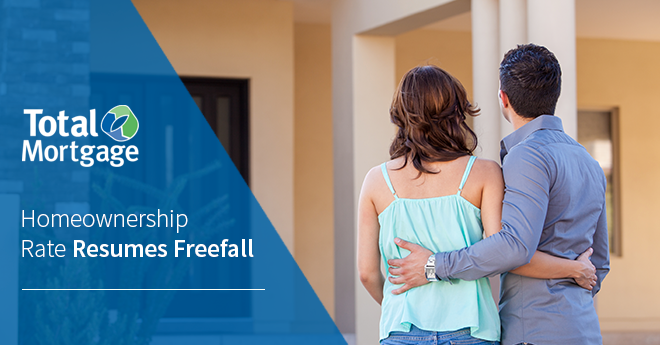 After increasing in the second half of last year, the homeownership rate looked like it was ending a steady eleven quarter decline that began in 2012. However, despite reports of increased home sales in the first half of this year, the Census Bureau said last week that homeownership has declined for the second quarter in a row, to 62.9 percent. That’s the lowest level in more than 50 years.

Though sales of existing homes through June are up 3 percent over last year and are now up 3.0 percent from June 2015, prices are up 4.8 percent. Prices are significantly higher for affordable entry level properties, and inventories of homes priced lower than market medians in hotter markets are slim.

Where are the first-time homebuyers?

So where are the loses coming from? The Census Bureau reported homeownership rate for Americans ages 18-34 fell to 34.1 percent in the second quarter from 34.8 percent a year earlier, the Census Bureau said. The decline is within the margin of error for that age group of 0.8 percentage points, but that doesn’t mean it isn’t worrisome.

A new study by the National Association of Realtors and SALT, a program provided by the American Student Assistance, found that nearly three-quarters of non-home owners say that repaying their student loan debt is delaying their home purchase.

Minorities have been affected too

Homeownership among minorities is also declining once again. Among African Americans, the homeownership rate has fallen to 41.7 percent from 43 percent a year ago and among Hispanics, the rate is down slightly from the second quarter of 2015, to 45.1 percent from 45.4 percent. 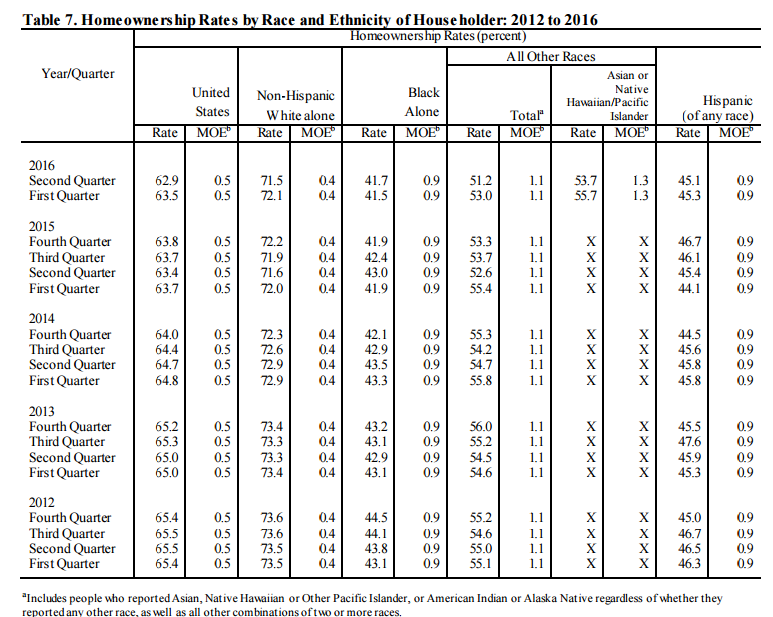 What does this mean for you?

All this seems to indicate that current middle-class homeowners are staying in their starter homes longer, while large groups of potential first-time homebuyers are staying out of the real estate game entirely, leaving a section of the real estate landscape stagnant in spite of improvements. If you’re thinking about selling or buying, the timing is still good, but depending on your local market, either may take longer than expected.