Favorite Foods of the Founding Fathers 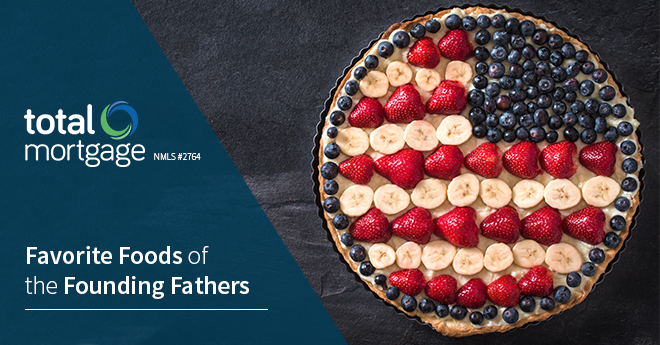 Every year on the 4th of July, people across America take it upon themselves to cook, grill, bake, and barbecue their favorite foods.

While our modern meals are certainly delicious, if your goal is to out-American your fellow patriots this holiday weekend, a good place to start is by eating the favorite foods of our founding fathers.

On such occasions, the table might be set with cakes, tarts, creams, trifles, jellies, sweetmeats, and assorted fruits. When it came time to drink, nothing satisfied John Adams like a tankard of cider.

Ben Franklin was very fond of apples and cranberries. Whether in London or France, he always wished for both. It’s well known that Franklin liked turkey, going so far as to say that it should have been the national bird.

Perhaps most interestingly, he loved Parmesan cheese, as evident when he stated, “And for one I confess that if I could find in any Italian Travels a Receipt for making Parmesan Cheese, it would give me more satisfaction than a Transcript of any Inscription from any Stone whatever.” 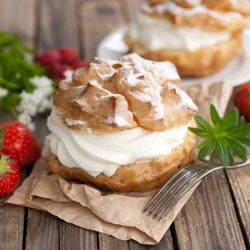 There’s no clear documentation talking about Hamilton and his favorite foods, however, it’s known that while dining with Jefferson and Madison, “The beef was a masterpiece that Hamilton praised extravagantly” and that “Hamilton positively exulted” at the sight of “the delicious vanilla ice cream that still seemed like a miracle for it was enclosed in a warm pastry, like a cream puff.”

Sounds like Jefferson knew how to treat his guests.

John Jay is the only founding father without any documentation on his dietary delights. Maybe he grilled up hamburgers and hot dogs?

Thomas Jefferson was known for his adventurous palate. After traveling abroad, he trained his kitchen staff in the art of French cooking. 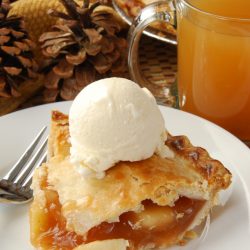 James Madison, having dined with Jefferson, and whose wife definitely cooked up a variety of dishes, certainly had the opportunity to sample foreign fare.

Get your free mortgage rate quote in five minutes.

However, he was also close to his roots, and while we can’t be certain, it’s entirely possible his favorite dish was Virginia ham, buttered rolls, apple pie and cider.

If you showed up at George Washington’s 4th of July bash, you might be a little surprised when he served a simple meal of cream of peanut soup, mashed potatoes with coconut, and string beans with mushrooms—three of his favorite foods.