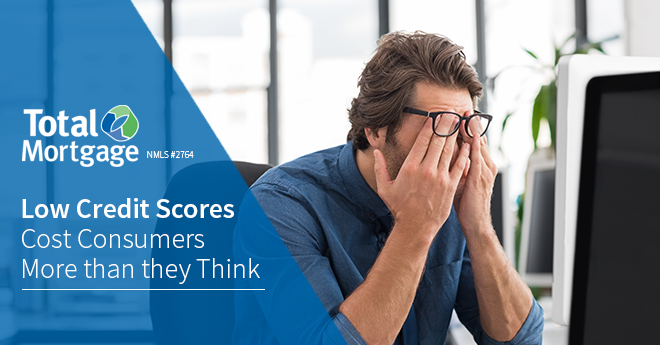 Did you know that a low credit score can do you more than just make it difficult to get a loan or a credit card? If you didn’t realize your score could keep you from renting an apartment or getting a mobile phone, you’re not alone.

A new national survey sponsored by the Consumer Federation of America found that consumers greatly underestimate the cost of low credit scores, and a significant minority don’t know that non-creditors use credit scores.

Only about half of the participants in the survey (53%) know that electric utilities may use credit scores to determine the required initial deposit. Only about two-thirds know that they may be used by home insurers (66%), cell phone companies (68%), and landlords (70%).

Only about half of consumers (51%) know when lenders are required to inform borrowers of their use of credit scores—after a mortgage application when a consumer does not receive the best terms on a consumer loan, and whenever a consumer is turned down for a loan.

“The good news is that consumers understand the basics of credit scores, such as the importance of making loan payments on time,” noted Stephen Brobeck, CFA’s Executive Director. “The bad news is that this knowledge is limited and, each year, can cost them hundreds of dollars in fees on services and additional interest on consumer loans,” he added.

Millennials are less likely than older Americans to have obtained either their credit scores or credit reports. Nearly two-thirds (65%) of gen-exers, but only about half (51%) of Millennials, said they had ever received a free credit score. Moreover, nearly four-fifths (79%) of gen-exers, but less than three-fifths (57%) of Millennials, said they had ever obtained a free copy of their credit report.

What This Means For You