Are You Paying Too Much for Your Mortgage? 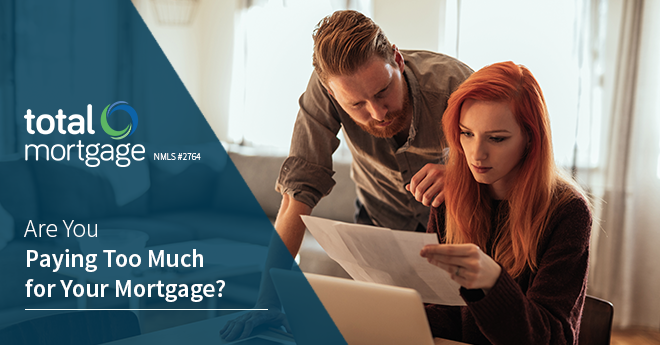 Nobody wants to pay more for their mortgage than they have to. However, nearly ten percent of couples who file for their mortgages jointly could be saving a thousand dollars or more in interest payments each year because they don’t know how the minimum FICO rule works.

New research from the Federal Reserve found that borrowers filing a joint application for a mortgage would have been better off applying in the name of the individual borrower with the best credit score. That is because, on a joint application, lenders use the lower score of the two to determine the interest rate—a practice known as the minimum FICO rule.

An important reason many couples file joint mortgage applications is to take advantage of the increased income from two earners. That income level determines the debt-to-income ratio (DTI), one of the most important ways lenders determine if a borrower will be able to meet monthly mortgage payments. Higher income levels improve the DTI ratio and make it possible for a two-income household to qualify for a higher mortgage.

If the borrower with the best score does not have enough income to meet the DTI requirements for the loan, a joint application may be the only option.

The study found that nearly 10 percent of prime borrowers who jointly applied for their loans could have lowered their mortgage interest rate by at least one-eighth of 1 percentage point by applying in the name of the borrower with the best score, and they still would have qualified for their mortgage. Instead, they fell victim to the minimum FICO rule and ended up paying from $220 to $1,400 more each year.

Those with lower scores suffered more than other borrowers. Among the joint applicants with a lower credit score below 740, for whom mortgage interest rates are most sensitive to credit scores, more than 25 percent could have significantly reduced their borrowing cost by having the individual with a higher credit score apply.

Couples who appeared to have left money on the table tend to have lower credit scores and be much younger and less financially sophisticated. Middle-income borrowers both low-end high-income borrowers seem to have a greater chance of reducing borrowing costs by using individual-applicant mortgages.

Mortgage insurers, lenders and major investors such as Fannie Mae and Freddie Mac follow the FICO Rule. Lenders will check both of FICO scores when evaluating a loan application. Even though one spouse’s good score would qualify for a loan with a more favorable interest rate, under the “FICO Rule” lenders must use the lower score, which results in a higher rate.

The Fed study provides hard evidence that loan officers could do more to help their customers understand how the FICO Rule affects them—and win their trust in the process. Most borrowers, especially younger, first-time buyers, don’t know about the minimum FICO rule and may never realize that they could be paying tens of thousands of dollars less in interest over the life of a loan.

Talk to your lender

Whether you decide to go with a single or a joint application, you can make an informed decision once you know how the minimum FICO rule will affect you.