Located right by the Gulf of Mexico, Cape Coral, Fla. sure looks like paradise—and to many of its residents, it is. Cape Coral is the largest city between Tampa and Miami, but despite its size, still maintains a laid-back atmosphere. Ocean breezes and easy livin’ will do that to you! Florida’s famous subtropical climate is... View Article 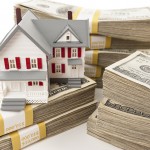 How to Create a Home Renovation Budget

Instead of upgrading to a new home, many homeowners have chosen to stay in place. Instead of settling for a home they may have outgrown, these homeowners are adding additional rooms, transforming decks into sunrooms, or redoing bathrooms, kitchens, and other living areas. If you’ve decided to start a renovation project, your first concern will... View Article 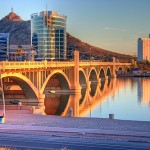 Hot wings might befit the personality behind Tempe, Arizona given its desert location, but ice cream too?  Yes, Cold Stone Creamery maintains its headquarters here, along with the Buffalo Wild Wings Bowl for college football.  Given that Arizona State University is also based in Tempe, suffice it to say that students here will not be... View Article 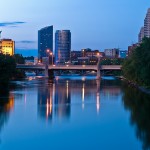 During the 20th century, Michigan’s second city, Grand Rapids, earned the nickname “Furniture City USA” for being a furniture manufacturing hotbed. Although the city no longer has the same hold on the market, five of the world’s largest office furniture manufacturing companies still reside in the city, including Steelcase, which employs over 3,000 workers. Car... View Article 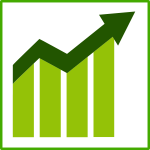 The mortgage and housing industry has struggled to recover since the subprime meltdown six years ago. In the aftermath of the crisis, foreclosure rates hit an all-time high in many major cities across the nation; home sales came to a standstill in other markets; and banks saw an increase in their number of short sales and... View Article