Increasing Home Value Part 2: Go Green and Save Green (And Boost Your Home Value Too)

Increasing Home Value Part 2: Go Green and Save Green (And Boost Your Home Value Too)

Many homeowners have searched for ways to lower energy bills without inconveniencing their household. But have you ever stopped to think about how much of an impact your energy usage is having beyond your own home? Or how going green can reduce stress on the environment and your budget? Going green with appliances and insulation go hand in... View Article

In another case of cash is king, for the first quarter all-cash deals for total home sales reached a record high at 43 percent, according to RealtyTrac, up from 37.8 percent in the previous quarter. It also jumped from 2013’s first quarter 19.1 percent figure. This can be attributed to two factors: high demand and low... View Article 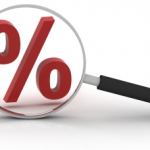 Fixed Rates Drop to Lowest of the Year. Will They Stay There?

Freddie Mac released their weekly Primary Mortgage Market Survey (PMMS) report today indicating that fixed rates have hit the low for the year.  30 year fixed rates closed out the week of August 21, 2014 at 4.10%, coming in .02% lower than last week.  At this time last year, rates were almost a whole half... View Article

Homeowners constantly seek out new ways to build value to their homes. But adding value can come at a high price. Renovations and upgrades are expensive, and not all home projects promise a return on investment in the form of increased equity. Property owners on a tight budget need to pick and choose which improvements to make... View Article

Fannie Mae Lowers Expectations for Remainder of 2014 into 2015

Fannie Mae shared their outlook on the housing market on Monday, and it is not in a positive direction.  Fannie thinks that too much momentum was lost during the first half of the year, and because of this, they believe that the housing market will slow down for the remainder of the year and into... View Article

Refinance Request Turned Down? Here’s What You Can Do Next

In an effort to save money, many consumers have turned to a mortgage refinance as an option. Working with a mortgage company or bank, a borrower can significantly reduce his payments by taking advantage of low interest rates. However, with today’s stricter lending laws, many mortgage holders are finding refinancing isn’t quite as easy as speaking to a... View Article

In a previous article we discussed the benefits of home ownership, now we will focus on the other side of the coin.  Buying a home is not for everyone, and that is perfectly fine as renting has many of its own benefits.   Many people think that renting is a waste of money, and that is... View Article

Pomona, Calif., was named in 1875 when the Roman goddess of fruit, “Pomona,” was deemed the best entry in the city’s naming contest. Interestingly, this was before any fruit trees were planted in the city: Pomona’s present fruitful abundance came later. Located west of the Inland Empire in the Pomona Valley, the city is usually considered a suburb... View Article